‘ACCORDING TO A SOURCE’ BY ABBY STERN 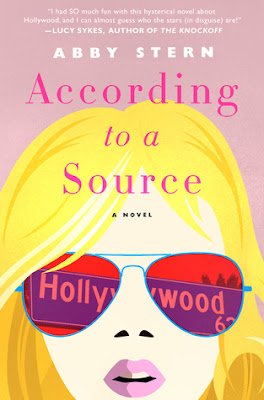 Life in the rag business sure is stressful for Ella when her new boss threatens to make cuts if she does not bring home the gossip. That, plus the break-up of her boyfriend, not to mention her mother’s cancer diagnosis, makes burning the candle at both ends impossible, or is it? Of course what goes on in ACCORDING TO A SOURCE (St. Martin's Press/Thomas Dunne Books) is more than what’s already been mentioned but contrary to many reviewers who divulge most of the plot, I’ll let you savour it at your own pace.


What I will reveal, however, is how good a time I had with ACCORDING TO A SOURCE. I’ll admit, I’m always a little bit wary when it comes to first time novelists but I was pleasantly surprised by the whole thing. The main heroine is a lovable little go-getter who yearns to make it big amidst all of her personal problems. How she does so pushes her in all sorts of sticky situations that ultimately get resolved but not without putting a smile on your face. Moreover, her relationship with her sibling rivalry of a sister and their cancer-stricken mom adds more depth to what is first considered a light character.


Former gossip columnist Stern handles herself quite nicely in mixing high-jinks with tender moments. Plus, she serves up the romance aplenty between the heroine and the hottie agent who seems too good to be true. Told in the first person, with a roman-à-clef attitude (her whole blind item gimmick of nicknaming real celebrities is always a thrill to guess) ACCORDING TO A SOURCE is fun, well-written, and should please gossipmongers everywhere.

Thanks to the publisher and NetGalley for the chance to read this novel in exchange for an honest review.

Posted by Authorfan at 01:10 No comments:

Labels: According to a Source by Abby Stern 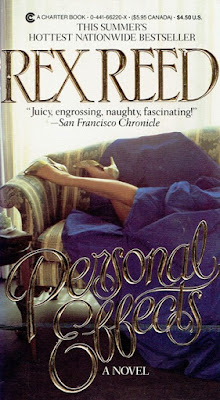 Confession time: I used to have a crush on film critic Rex Reed.  There I said it. It was around the time he was hanging out with superstar Jacqueline Susann, and you know how I feel about her.  I was still very young then but I remember seeing pics of them and I couldn’t help finding him attractive. This was around the early ‘70s, I believe. You could say he was one of the very first people outside my periphery that spoke to me as a future gay man. And growing up I kept up-to-date with his busy career, from his gig on MYRA BECKENRIDGE (another Sleaze Factor contender) to his stint as a movie reviewer on TV, finally to his quick dab in commercial fiction.


Since he’s always been a devoted fan of glitzy page-turners (just check out his ton of blurbs left on covers) it was only natural that he would end up penning one of his own. PERSONAL EFFECTS (1987, Charter) is its name and it is the riveting tale of four fans who befriend a legendary movie star with a past. When one of them is involved in her cold-blooded murder, it’s up to a Hollywood columnist and narrator to this story to solve the case. Throughout many torrid flashbacks and bitchy goings-on, Reed delivers an eye-popping tale of old Hollywood that could rival any one of Susann’s books. There's never a dull moment. From love to jealously to, of course, murder, the author's uncanny flair for creating addictive escapism shines through and through.


Ok I admit, perhaps I’m a little bit too soft on this title. It has been a while since I even glanced at that cover. But what I remember most about PERSONAL EFFECTS is how much fun I had with it. The author’s colorful characters plus his clever way of building up an explosive climax sure made and probably still makes PERSONAL EFFECTS a one sitting read. Another Rex Reed novel is way past due, in my opinion.
This title has yet to go digital.  Check out any used book store for a copy.

Posted by Authorfan at 13:02 No comments: 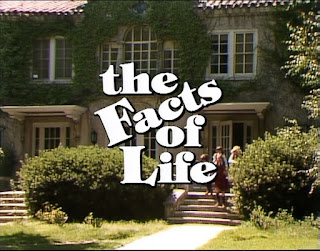 How can I go on without discussing one of the guiltiest pleasures to ever have graced our TV screen: THE FACTS OF LIFE. I grew up watching this show, having discovered it one autumn day in 1979. I had been following DIFFEREN’T STROKES on NBC and read somewhere that there was going to be a spinoff focusing on Kimberley’s private school pals and it would star Mrs. Garrett’s Charlotte Rae. I was already a fan of the late Dana Plato and was fervently hoping that she was going to be part of the show too. She wasn’t, but it was OK, for I bonded quite easily with the new girls, starting with Lisa Whelchel’s Blair Warner.

That first episode where she confronts Cindy about her possible lesbian tendencies showed a Blair Warner that could be bitchy as well as beautiful. A sort of pre-DYNASTY Alexis, if you will and I liked that. Oh I may not have been out of the closet, but I already new how to spot them, believe me. But before Blair could get too mean, in came Mrs. Garrett with all that warning and good advice.  And thank Heaven for that, for it made Blair all the more likeable. 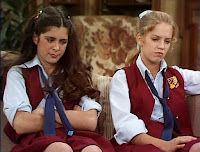 One that never needed too much of a sermon was Felice Schachter’s Nancy.  How perfect was she, and so pretty, the perfect girl next door type. And I liked that. So much so that I decided to write her a fan letter which she acknowledged by sending me an autograph pic that I still own today. Yes, color me groupie but I don’t care. Then I graduated from Nancy to Mindy Cohn’s Natalie.  Not too much on that first season, mind you. She was a bit lost with all those girls. But the minute she became center stage in season two when the producers cut most of the cast and brought in Jo, she became my favorite. She was funny, smart, sensitive and approachable. She clearly represented the one I could hang out with had she been a real person. And yes, I did write to the actress—twice, and both times she responded. And like Schachter’s, I still have her pics with me, thank-you-very-much. 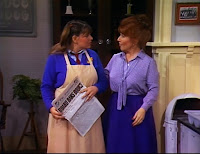 I stuck with the show all the way through, even when it jumped shark in season seven as Edna’s Edible became this awful bric-a-brac gift shop. But by then, I didn’t care. They were part of my TV family. When the series ended after nine years, I was scarcely surprised. The show had run its course. But I got to admit that I kind of miss it today. Comedy on TV isn’t what it used to be. Except for MODERN FAMILY, I find them all pedestrians and unfunny. Sort of like THE FACTS OF LIFE TV movie back in 2001 (now, that one was nasty). I hope the girls still appreciate the fan base, for they will all go to their graves with the “former FACTS OF LIFE star” tag attached to their names, which considering isn’t bad at all. 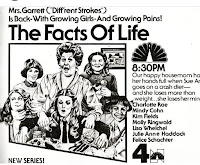 ‘THE ROME AFFAIR’ BY KAREN SWAN 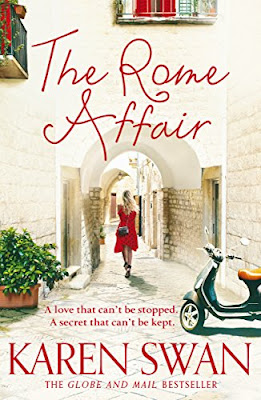 If I could quit my day job and spend the rest of my life reading and reviewing I would die a very happy man. So many titles are coming my way that I always wonder how I’m ever going to keep up but I always do—somehow finding the time and energy. This week’s author is no stranger to Sleaze Factor, having been discussed in past entries. Her work has always managed to put a smile on my face as her latest does. THE ROME AFFAIR (PGC Books/Macmillan) is what it’s called and I’m going to review it for you guys, the publishers and NetGalley.
After being released from her job as a tour guide in Rome, former trained barrister and now blogger extraordinaire Francesca Hackett accepts to collaborate on the memoirs of her next door neighbor who happens to be a famed socialite. What starts out as an easy gig soon turns out to be more than she’s bargained for as she uncovers secrets from a past that could easily alternate the present. That’s about all I can say of this scintillating gem. As a rule I just prefer not to give away too much.

To say that I had fun with this one would be an understatement. The truth of the matter is I had a blast. I devoured the whole thing in about two days. Ms. Swann delivers a riveting tale of secrets and sins in which her well-defined characters go at it with sheer efficiency, and her use of a split-narrative makes for an even bigger treat. I was highly rooting for the main heroine to find her way as I was as much involved with the socialite/princess’ past life, which BTW, is far from being mundane. In fact, I was so intrigued by it that nothing else came to matter. If you’re already a Karen Swan’s devotee you’ll definitely be caught up in the swirl of this character’s charade. If you’re still a newbie then grabbing this fine piece of commercial fiction will make you turn the pages just as fast.

THE ROME AFFAIR is now available in Canadian stores. The digital or print edition will be available everywhere else on June 13th.