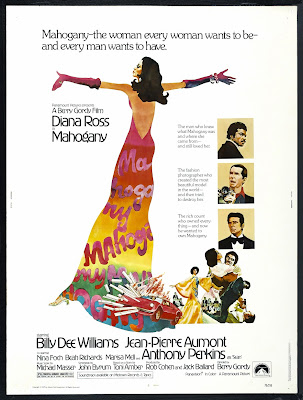 "Success is nothing without someone you love to share it with". Yeah, yeah. This quote, taken from the overblown but totally addictive MAHOGANY (1975), may not be as juicy as the pivotal line in TV’s LACE, but, boy, does it end up being just as memorable. As if Ross’ character couldn’t share her success with anyone else but raging boyfriend Billy Dee Williams. How about a mother, a father, a bestie even? Oh I forgot—the heroine is made to look like she doesn’t have anyone in this flick. Other than her seamstress aunt (Beah Richards) with whom she shares her passion for fashion at the beginning of the film, that is. But Ross seems to have forgotten her all of a sudden. Just as she seems to have forgotten she was once hailed as a serious actress before starring in this piece of celluloid crap. But with what her character crazily goes through within 108 minutes, can you really blame her? I can.

The fun starts out pretty early when Ross, a poor would-be designer working as an assistant in a chic department store, meets famed photographer Anthony Perkins who, besides reprising his Norman Bates antics, is in town for a glamorous shoot involving hot models and hobos. He takes one look at her and, bam, promises her success. Which is granted of course when she joins him in Rome, leaving behind boyfriend Billy Dee Williams who’s into local politics and does not give a hoot about her so-called career. He’s made to be the voice of reason, the one who urges women to stay at home, get married and have kids. But Ross wants none of that, and with good reasons (you go, girl). She wants to make it big. And does she. But not before giving viewers one of the most self-indulgent montage ever: her model-self posing to the beat of her theme song, Do You Know Where You’re Going To, which plays at least a thousand times throughout the flick. 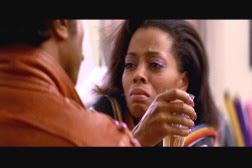 But achieving supermodel status isn’t enough for Ross. She still wants to leave her marks as a designer. In comes Jean-Pierre Aumont who, if judged by his performance in the mini-series SINS with Joan Collins, can only play one role, that of a French rich bastard.  Ross is so psyched in making it big that she promises him anything, even her skinny little ass, if he can help her get there.


Since Anthony Perkins is no longer valid as the craziest one, having succumbed to his death in a you-have-to-see-to-believe voluntarily car crash during a pic shoot involving Ross (don’t ask), Aumont takes over but only for a short while. Ross, on the brick of success, recalls the witty words of Billy Dee Williams about success and love, and decides to return home to him to get married and have kids, we suppose. To that we say, shame on you, Miss Ross. We so wanted you to keep the craziness going. Turns out you did, however, with all your reported real life antics later on. I guess you really didn’t know where you were going to, huh? 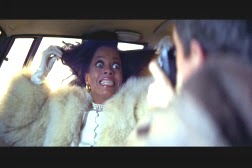 MAHOGANY was a vanity project for then-hot from an Academy Award nomination Ross (for 1972 LADY SINGS THE BLUES). To get into the character, she even went as far as to design her own costumes for the film pivotal runway scene. Thank Heavens she kept her day job, however. Because not only did they look atrocious in their kimonos and neon tubes ways, they even helped nailing the coffin for Ross of ever becoming a successful dramatic actress. They also helped to destroy any possibilities for mentor and secret lover Berry Gordy (Google it) of ever directing another flick. Not that he ever had a knack for it, since most of the film was already shot before he took over. One director died during filming; the other got fired. Just go to show you that you can do anything when money and power are involved. Just look at the results.

Posted by Authorfan at 02:29 No comments: