'FLOWERS IN THE ATTIC' AND I 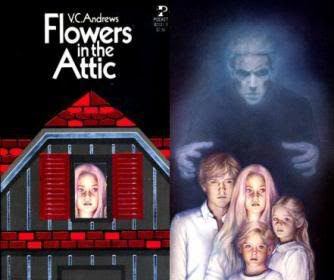 In the spring of 1981 a high-school friend of mine—who shall remain nameless (Sophie Viola)—had the paperback copy of FLOWERS IN THE ATTIC in her hands.  I asked her what it was about. “A girl who is possessed”, she answered.  Cool, I thought.  Since I had become an avid horror reader, I was thoroughly interested. I quickly got a copy of my own and plunged in.  Suffice to say, it was far from being what I expected. I also discovered soon afterwards that my friend was a pathological liar, which didn’t surprise me really since I seemed to attract those types of people at the time.  The last I heard of her she was living somewhere with someone while still owing me the 20 bucks I had loaned her for the Olivia Newton-John concert back in ‘82. 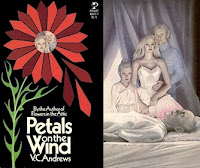 Still, despite of my being conned about the novel, I devoured FLOWERS IN THE ATTIC.  In fact, I so couldn’t get enough of it that I jumped right into its sequels.  You could say that this newfound addiction was the beginning of what I now call my trashy period.  Because from then on I was glued, people, glued to this melodramatic world where good wins over evil and life can be peaceful and gay again.  Well, peaceful at least.  The gay thing would occur a couple of years later. 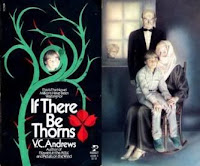 It was during the time I knew zilch about what supposedly makes a good novel, and to me, this one was the bomb.  Kids locked up in an attic, sex between a bro and a sis, a crazed grandmother…   How can you not love this?  Well, it turns out that a lot of people didn’t, calling it garbage, unreadable, a piece of crap.  And you know what?  Some 30 years later I still think they’re wrong.  The novel is far from being perfect, I admit, but pure crap?  No way.  It’s as engrossing as any “serious” piece out there, and that includes the work from those ill-mannered guys.

Alas, the author died in ’86 and cannot defend her honor any longer.  But the Andrews clan can and did by simply continuing the VCA winning streak, using Andrew Neiderman to take over and ghostwrite other books.  He did a pretty good job finding the essence of the late novelist but lost me right after the Runaway series which became too YA for my taste. 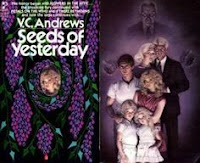 As of now, six adaptations have made it on screen, the latest being the last of the Dollanganger series, SEEDS OF YESTERDAY (a seventh is on its way with MY SWEET AUDRINA airing next year on the Lifetime channel).  Besides the theatrical 1986 release of FLOWERS IN THE ATTIC which I enjoyed somewhat (“eat the cookie!”), I admit I have yet to see them.   I don’t really intend to unless there’s nothing else on TV which rarely happens.  But if it does, I already have the films stored up on my DVD player just in case.  From what I have seen of the new FLOWERS, however, it looks shoddily-made.  But I could be wrong.  We’ll see. 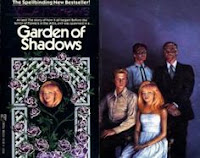 What I will always treasure though is the love I had and still have for this spotlight book and for the rest of the series.  It filled my days with joy, counterbalancing the hate I got for being different.  I may have abandoned the Andrews wagon but I will always remember the novels fondly.  And just so you know, I’m happy they turned out to be a whole different vibe from what my friend at the time thought them to be.  Imagine FLOWERS IN THE ATTIC being about a girl possessed.  Surely it would have been as forgettable as many of the horror novels published at that time.  So thanks for the tip, Sophie, wherever you are.  I still want my 20 bucks, though.

Posted by Authorfan at 13:51 No comments: