Most fans of this blog already know about the great Barbara Taylor Bradford.  She's been around for quite some time churning out one best-seller after the next.  Her latest is THE CAVENDON WOMEN (St. Martin’s Press), the sequel to her luscious CAVENDON HALL.  The plot this time around focuses on the women of this lavish England estate during the mid-to-late ‘20s.  The Inghams and the Swanns continue on their quests to find happiness amidst the social, political turbulence that follows the end of World War I. 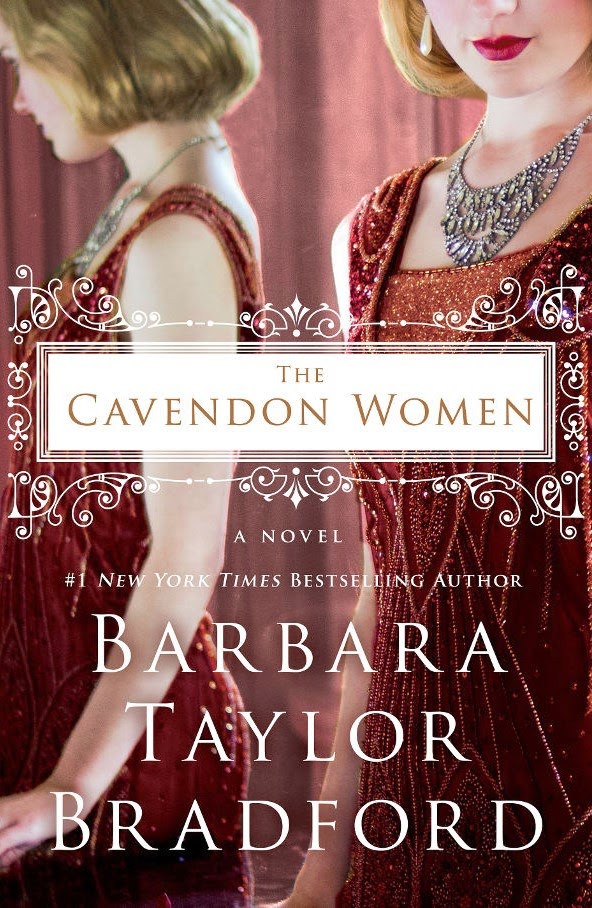 "1926. One stately home’s future lies with four very different young women…
On a summer weekend in 1926 the Ingham family gathers at Cavendon Hall, the great house in Yorkshire that has been their family home for centuries, summoned by the Earl. With them are the Swanns who have served the house for generations – and know all their secrets.
The estate is under threat: the aftermath of the Great War has left Cavendon facing ruin. Its heir is pushing for divorce so he can follow his heart. And the Earl has a surprise of his own.
Four young women from both sides of the house will be the ones to shape its future – Daphne, fighting to modernise her ancestral home; Cecily Swann, forging a path as a fashion designer in London; Deidre, the career girl, and Dulcie, the outspoken debutante. They will change the estate’s future for good or ill as the roaring twenties burn towards the Great Depression. Nothing will ever be the same again…"


As expected, THE CAVENDON WOMEN is sure to be a hit with us and the rest of the world.  Pick it up and tell us your thoughts. 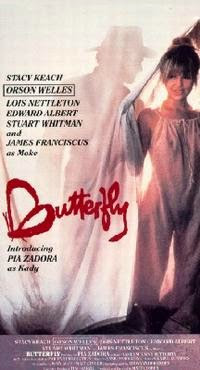 The first time I ever saw BUTTERFLY I was barely out of puberty.  It was around 1983.  I had just discovered the delectably bad THE LONELY LADY and I was on a Pia fix.  In came this Matt Cimber production, courtesy of the now defunct Vestron Video and my local video store.  I remember how excited I was just sliding this baby in my Betamax slot, expecting to be glamourized yet again by the Zadora touch.  She at the time was deeply married to millionaire Meshulam Rikkis, and legend has it that he had bought the film rights to this James Cain novel for her.  It was to be her first adult film (SANTA CLAUS CONQUERS THE MARTIANS anyone?).  But I was totally clueless of these facts, having been only aware of THE LONELY LADY.  Anyway, as I was saying, I was completely psyched about seeing another Pia film. Because when I love, I love big (ask my other half), and to me this little lady represented everything I wanted in my flicks:  a little bit of fun, a little bit of glam. But a whole lot of craziness mostly.

I admit, BUTTERFLY isn’t exactly glitz and glamour.  Set in the 1930s Arizona, Pia portrays a poor nymph (in a sexy Bob Mackie frump, however) who reconnects more ways than one with her long-lost dad, played by the ever intense Stacy Keach (MISTRAL’S DAUGHTER).   Since he is a loner living in a shack by some silver mine and she is already very experienced in the ways of life (wink wink), you can bet that trouble soon ensues.  Add a plan to rob the owner of the mine, not to mention a physical attraction between the two leads, and you’ve got yourself one heck of an effective high-camp gem at your service.

Before long Pia is showcasing her curvy silhouette from behind a lighted curtain or is being scrubbed by her daddy in the infamous bathtub scene.  There’s even a child-bearing subplot and the appearance of a bunch of seasonal performers, like hottie James Francescus who plays Keach’s nemesis or big as a barrel Orson Wells as the town judge to stir the pot.  Turns out Keach’s not Pia’s father and thus wants her for himself, but Pia already has other plans, like living with her baby daddy for a change (yes, he shows up as well in the form of Edward Albert).  Cue in the syrupy but so catchy IT’S WRONG FOR ME TO LOVE YOU tune sung by Miss Zadora and arranged by no other than composer Ennio Morricone (ONCE UPON A TIME IN THE WEST) and all ends well with the world—well, not really.  Pay close attention during the end credits scene and you’ll have a pretty good idea of the faith awaiting Keach.

The film was released in theaters in February of 1982 and was crucified by the critics, which makes me wonder if they did see the same film.  Sure it isn’t CITIZEN KANE but it certainly does well what it sets out to do, meaning entertain.  It also pushes the boundaries of sexual attraction between a man and his daughter—a highly controversial topic in itself but one that is artfully done, thanks to a creative mind of director Cimber who also pens the adapted screenplay.  Performance-wise, Stacy Keach gives all he’s got.  And Pia sparkles in her first starring role, which did earn her a Golden Globe award for best newcomer.   I’m telling you, BUTTERFLY’s worth a second look.  It may not be as out there as THE LONELY LADY but it sure delivers the goods in its own way.  So go on, get yourself a DVD copy and see what the fuss is—and was— all about.